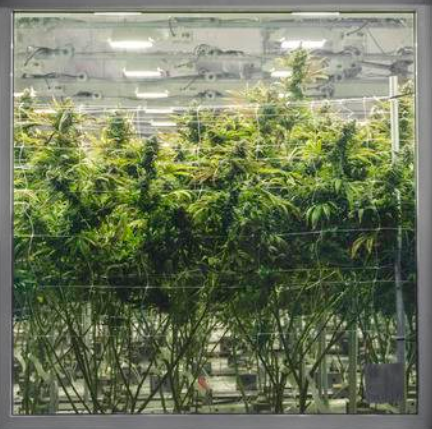 Indoor cultivation is an art, so thus growing marijuana. The requirements are high, yet the product is even more time after time. Homegrown cannabis has its secrets that many growers will not share with others. Quite often, the grow shop guy won’t tell you as your wasting money in their shop trying to get the process.

While it would be simple to say, do this or do that, it requires you as the grower to know what is best. Also, you learn over time from studying the plants’ natural life cycles.

Furthermore, knowledge in the growing conditions of the cannabis plant is a must. A lot can be learned from asking the grow shop owner, but care must be taken when being advised to use a product that is not suited for your environment.

Selling you a product that requires little media is quite not beneficial. These will not need the grower to change the growth media as you would with soil, for instance. As a result, the grower will not be spending as much money.

Only research from open-minded growers will put you on the right path when growing cannabis. Forums and Blogs are in plenty of information that growers share and contribute. But, be mindful that what worked for one grower may not work for another. For instance, if there is one chance in the growing conditions such as moisture, then the plants will not grow the same as what another grower achieved.

Research the plants’ origin, its climate in particular. How much moisture in the air does the plant prefer? Is it from the North or South? Or, if from the North if will prefer a colder climate than from the South for instance.

The three secrets of Indoor growing must be the three elements plants need to flourish, The feed, light, and climate control.

All plants need food with many different types available for each of the plants’ cycle. Thus, it enables the grower to manipulate these cycles to their benefit. The dangers behind feeding are that you either feed too much or use feeds that are strong for the cannabis plant. Overnutrition will drown the root zone and make the plant grow at the very least. Yet, constant overfeeding will cause root disease to form.

Over strength-feeding is a common practice in indoor cannabis growing due to pushing the plants to their limits. Often, worse is being done than good as the plant tries to accept the increase in strength. Generally, the grower should know when it required of him or her to higher the EC, but not always will the plant be ready.

Growers quite often use a grow schedule they have found on the internet or from a friend. Copying this plan should produce the same as many believed. On the other hand, this is not advisable due to the limit on observing the plant growth spurts. Also, other signs alert the grower to higher electrical conductivity (EC), such as ‘paling’ on the new growth. Pale green on the center of the new foliage tells you to increase the strength. Likewise, only if the tips of the foliage show a browning then ‘Tip Burn’ is alerting you to lower the EC.

Grow lights are used to manipulate the plants’ life cycles. Using grow lights allows the grower to determine which period the plant is in. This is either 18 hours of light in 24 hours or 12 of light in 24 hours. The latter being for flowering, while 18/6 is for growth and propagation. The strength of the grow light determines the end result’s possibilities. For instance, if using a 250-watt sodium lamp for flowering, you will only be able to produce 250 grams of ‘cured’ buds.

The grow lights will produce the required lumens a plant needs to grow or flower. Yet, do not expect a 250-watt lamp to build, say, 10 plants to their most abundant. Remember, a 250-watt light will only produce 250 grams of cured produce. Whether this is above 10 plants or 20 plants, the outcome will be the same.

One plant would give you an ample amount of buds that had a long enough growing period so it could mature. Also, the plant will expand enough branches to hold the flowers after pruning and topping. Most growers aim for 8-10 plants per 600 watts grow light with a growing period of three to five weeks being required to achieve the most substantial yield. If the grower were to increase the number of plants to 20, then grow period would decrease to two to three weeks.

One plant in an aeroponic grow system would need ten to twelve weeks to grow period before flowering. It is good practice to allow plants four weeks grow period. Furthermore, this ensures the plant has reached maturity before entering its flowering stage. Cannabis plants are prone to disease when entering the flowering stage. Thus, at an early stage will not reach their ability and will not fight off disease and pests. Besides, those that have been given long enough grow periods.

As for the rule, a 400 watt can be used in growing and up it to a 600 watt for flowering. Best practice will be the grower that uses the same lighting for growing as he does for flowering. This ensures the nodes are even, and each growing head is of the same proportion.

Temperature and moisture control ensuring the air in the grow room even in a cheap indoor grow setup, needs to modify. At least twelve times per hour in the Winter and 24 times for Summertime. This is due to the air is wetter in the Winter and dry in Summer. As a rule, the grower should set the grow room to reach temperatures of 26 degrees for growth and 28 degrees for flowering.

Climate control is more critical and the most overlooked factor than that of any other element to cannabis indoor growing. The correct climate will ensure the plants are healthy with much-needed oxygen, moisture, and heat.

The only secrets a grower should keep is feeding schedules, each strain of cannabis plant requires its own formed program that can take years to plan. The rest is common sense.

5 Ideal Types of Stone Floors to Use for Your Kitchen