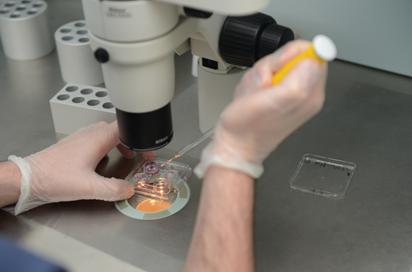 Zika is an infection caused by an RNA arbovirus, i.e. Zika virus. This mosquito-transmitted infection primarily transmitted to humans. Aedes aegypti mosquito bite transmits this infection from one person to another. Most of the infected persons have not experienced any symptom due to its asymptomatic nature at the initial stage of the infection. But after the incubation period, which may occur between three to fourteen days of mosquito bites leads to low-grade fever, muscle ache, bones pain, headache, conjunctivitis, skin rash, etc. Zika associated neurological problems, such as Guillain-Barré syndrome is also very common in case of place, where infection outbreaks. The death due to Zika infection is rare, but infection-causing other comorbidities may cause a fatal outcome.

What is the negative effect of Zika virus infection on pregnancy?

The vertical transmission of Zika virus infection from infected mother to fetus during pregnancy provides a serious impact on pregnancy outcome. The transmission of infection is possible even from asymptomatic mothers to fetuses. The congenital infections cause various symptoms including ophthalmologic (eye) abnormalities, small-sized head (microcephaly), and other neurologic abnormalities. The onset of Zika infection during the few weeks of pregnancy, which is also known as nascent staged Zika infection is also dangerous as it causes a miscarriage.

The mode of transmission of Zika Virus

The risk of transmission of Zika through egg donation and surrogacy

In the above-mentioned section, it has already discussed that the Zika virus can transmit through the egg and also cross the placental barrier. Therefore, both egg donors and surrogates need to screen for Zika infection.

Zika virus has a risk of microcephaly development. Abnormal small head of the born child is the characteristic feature of this condition. The Zika virus-infected donated egg used in the fertilization for the creation of an embryo or child born from the Zika virus-infected surrogate has a higher risk to develop neurological issues.

Clinically it has assumed that women who had a history of Zika infection before pregnancy or develop the infection during the gestational period may transfer the virus to the fetus. Reproductive endocrinologists and IVF specialists are well aware of the potential risk associated with pregnancy. To reduce this risk, Zika virus screening becomes compulsory for egg donor and surrogate

The estimated risk of the perspective of reproductive donation including egg donation has confirmed through case studies. It is also necessary to mention, FDA has found that the positive evidence of the Zika virus can persist in semen and other tissue such as the placenta. The sexual transmission of this viral infection is also possible. Therefore, Zika virus infection screening is an important step for both gestational and traditional surrogacy.

According to the different study findings, the chances of Zika virus transmission through egg donation is less. However, this risk is higher in sperm donation. Semen contains sperms, which is a leukocyte-rich material and more susceptible to Zika viral attack. Researchers have suspected that the Zika virus can survive in both the freeze and thaw processing of semen. Therefore, frozen sperm transfer can also cause transmission of this viral infection to both surrogate and fetus.

Why PHP is the best choice for web development in 2020?